.
There's a lot of great work in Chelsea and the Lower East Side right now--more than I can report on in individual posts--so I'll be offering a few roundups. The first is this one: a look at a range of work in black and white. Some of the exhibitions are still up; others have closed or are about to. 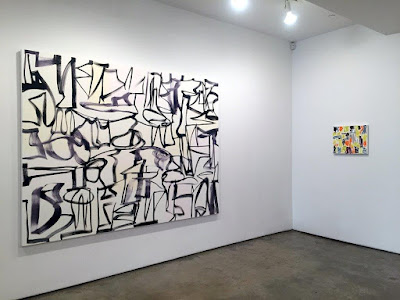 
Melissa Meyer is best known for her large-scale paintings that feature chromatic skeins of line and shape, but two splendid paintings--one large, the other a small diptych--reveal just how calligraphic the artist's line is. View the online catalog here. 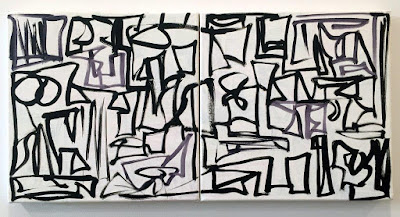 Small diptych with detail below 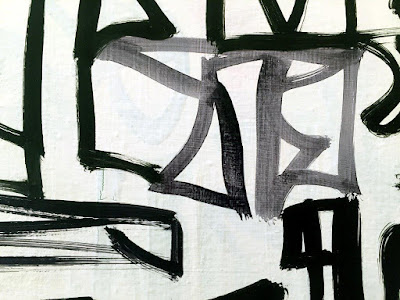 Tamar Zinn , At t he Still Point, through May 7 at Kathryn Markel Fine Art


Tamar Zinn practices a particularly elegant form of what I would call contemplative geometry. She lays dark and light rectangles on top of a deep achromatic field (in which there are hints of russet, rose or yellow). The geometry is "intuitive," says Zinn, and each painting develops in a tango of plan and chance. View the online catalog here. 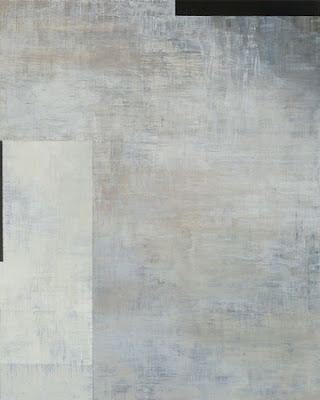 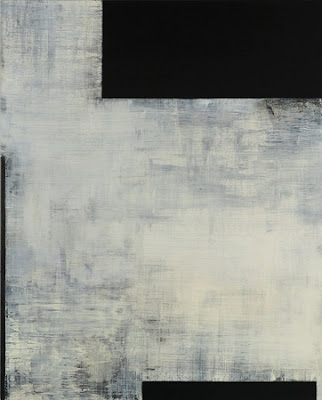 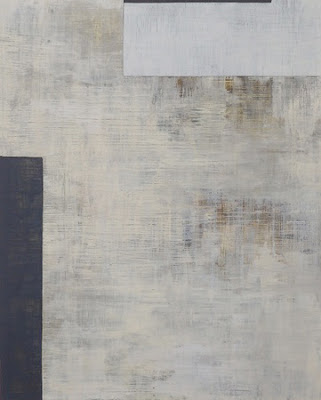 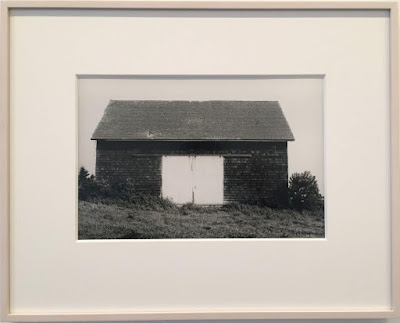 
A different kind of contemplative geometry is on view in the black and white gelatin silver prints of Ellsworth Kelly, striking images of barns, doors, shadows whose shapes reflect those of his paintings. I first saw prints from this series at Kelly's retrospective at the Guggenheim in 1996. I am not a big fan of Kelly's painting and sculpture, but the photographs I loved. One has to wonder if the photographs informed the work for which he is known, or if it's the other way around. A catalog will be available. 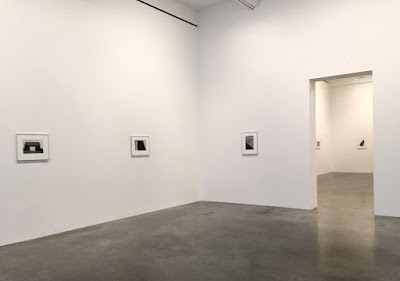 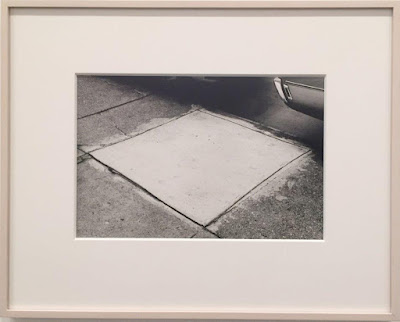 More Kelly photographs. I inquired the price. "They're only being sold to museums," I was told. 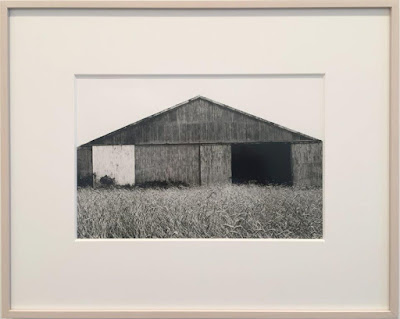 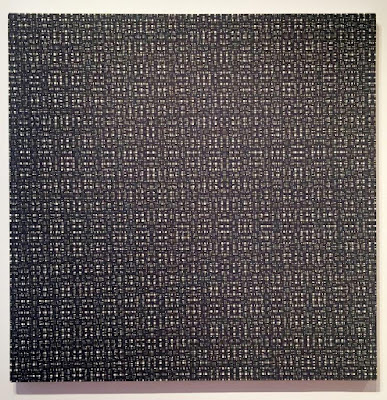 
Rob de Oude paints grids, layers of grids in one painting. Each layer shifts slightly so that a moire pattern emerges. Depending on the colors he uses and the angle of the shift, De Oude creates pattern in infinite variety. His solo at dm contemporary featured many chromatic works as well. 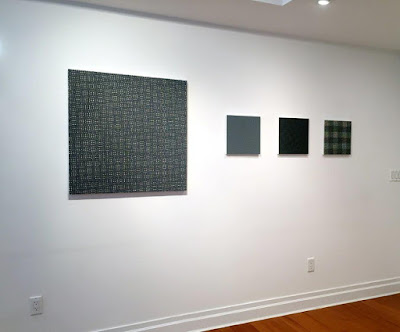 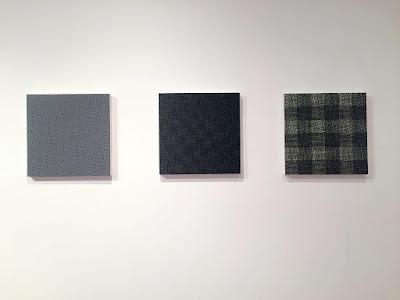 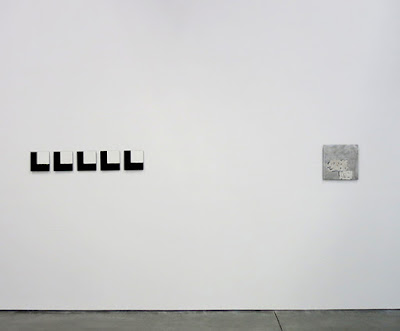 Robert Ryman at Dia Art Foundation in Chelsea, through July 31


This long-running exhibition at the Dia Foundation's space on 22nd Street features the work of Robert Ryman. A master of white, Ryman is also a master of material. The five small paintings in the image above are enamel on metal, for instance, while the slightly larger painting at right, also shown below, is oil on aluminum. I had a little accident with my iPhone camera--I accidentally deleted pictures before they were fully uploaded to my desktop computer--so I cannot show you the range of what I saw. I pulled these two from the Internet. Read Roberta Smith's review here, where you will see additional good pics. The works are illuminated by daylight only, which promises more hours of overhead light as we move into summer. 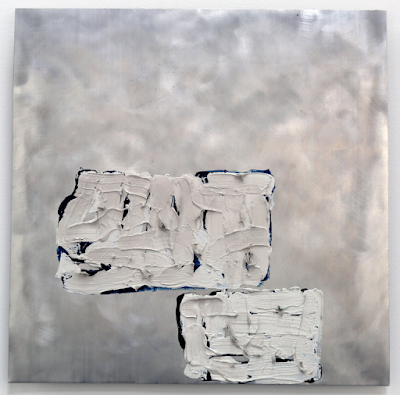 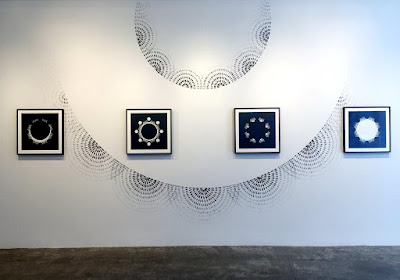 
Homeostasis is an organism's ability to remain stable despite fluctuations in the forces that act upon it. Our internal body temperature, indeed, our health, depends on this process. I wonder if Judith Braun's recent experience with and defeat of breast cancer suggested the title. Certainly her fingertip drawings--particularly the murals she is known for--are an assertive record of her presence. Speculation aside, Braun's works, strongly symmetrical and materially tangible (she works in graphite or charcoal on Duralar or paper) feel at the same time compellingly spiritual. 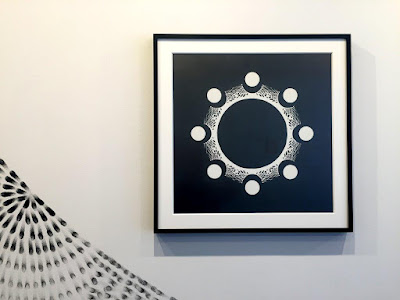 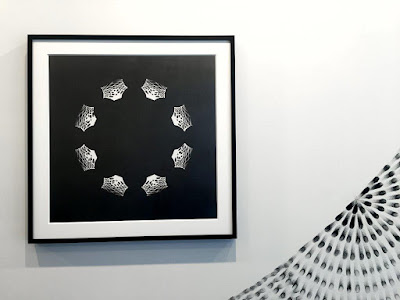 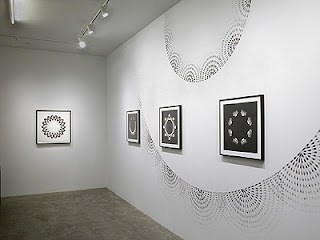 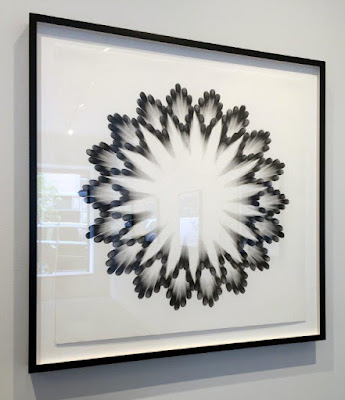 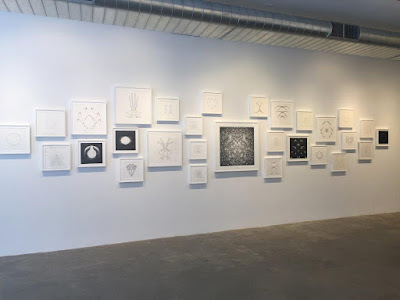 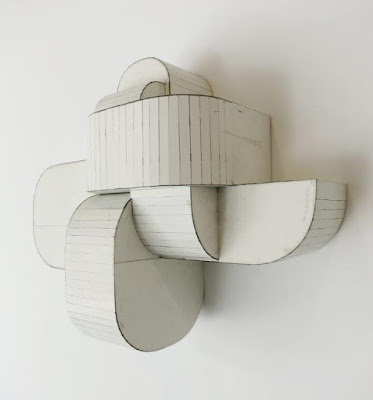 Ted Larsen is one of those artists who turns straw into gold, or more specifically, salvaged materials into refined forms.  The works in this series--more of which you can see here--feature rounded forms, some playful, others, as above, seriously sensuous. An ongoing hallmark of Larsen's work is his meticulous construction of multiple planes, which provides visual pleasure of a different sort. 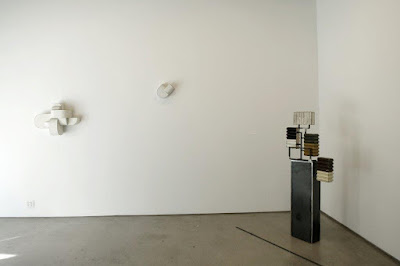 Source : joannemattera[dot]blogspot[dot]com
post from sitemap
Peter Fischli and David Weiss at Guggenheim
THE SAND'S OF TIME